You are here: Home

This is your park. Please keep it tidy and respect our neighbours.

For centuries Romiley was an agricultural area until the late Victorian era. There was thought to have been a Roman settlement along Sandy Lane and other early settlements can be seen at Barlow Fold, Chadkirk and Greave Fold (all now conservation areas), but it was largely open fields.

The Peak Forest canal opened in 1800 and the railway station in 1862. St Chad’s church was completed in 1864 and housing development followed, initially around the station and the church.

The late 19th century saw a social welfare reform movement which recognised the need for public open spaces for children to play and adults to take the fresh air. This would improve the lives of many people living in squalid urban poverty. In 1910 local authorities were providing schools which had previously been provided by volunteer organisations, often churches.

Due to this movement and the rapidly increasing population's need for a larger school, in 1910 Bredbury & Romiley Urban District Council purchased this land to improve the facilities in Romiley.

A new school, this park and adjoining housing around the boundary were all developed. 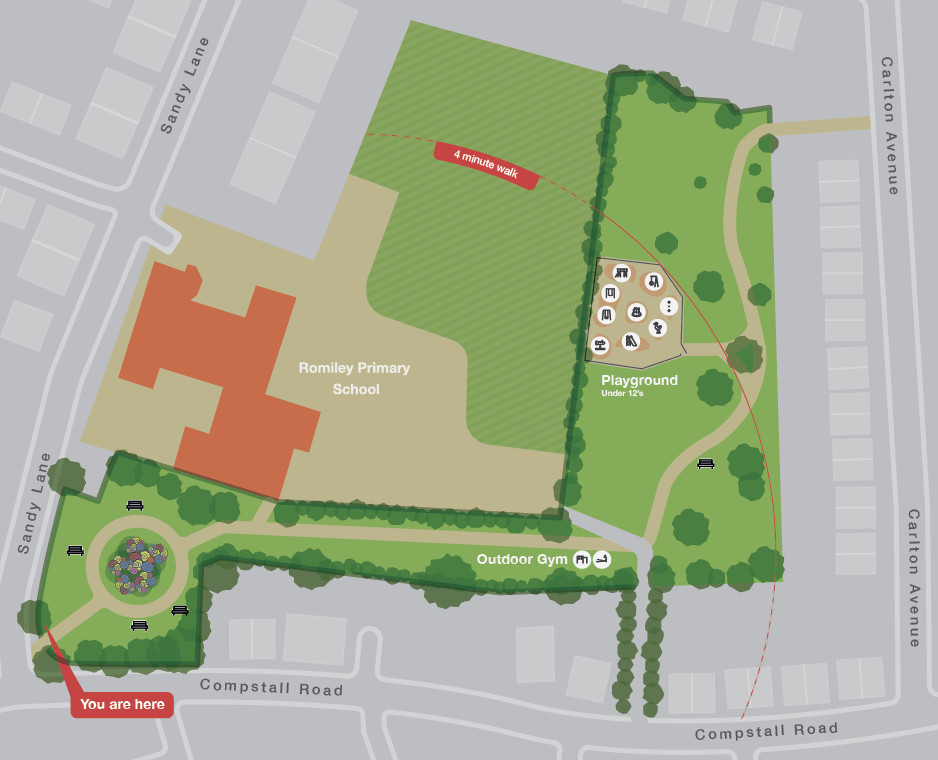